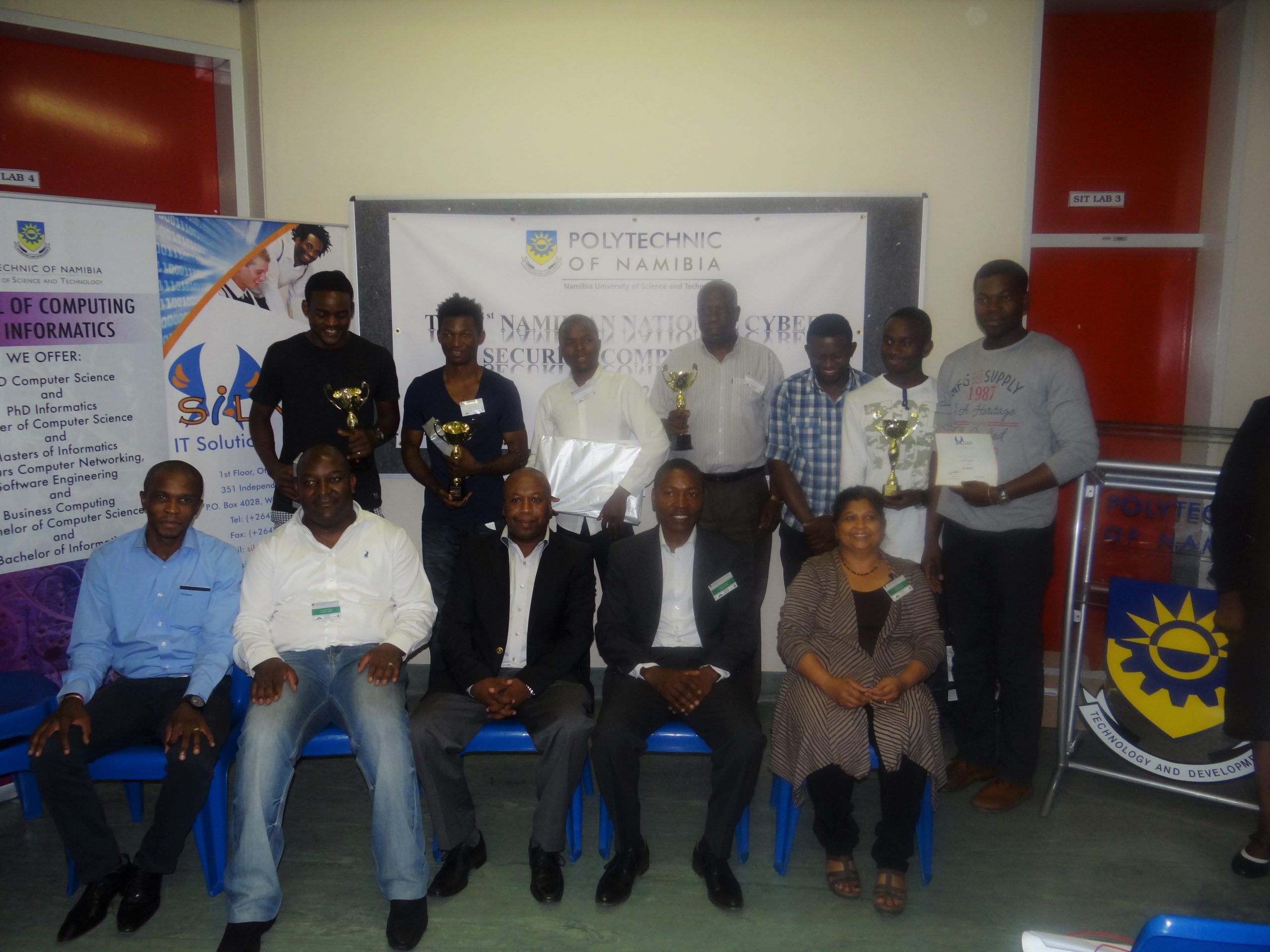 UNAM and then Polytechnic

UNAM and then Polytechnic of Namibia (Namibia University of Science and Technology) participated in the first competition in 2015, then 2016 we had the 2nd competition. NUST won the first two competitions and participated in the ICCDC in June 2016 and 2017 respectively in Des Moines USA, with industry and partners’ immense support. At the 2017 NNCSC the two teams were joined by Triumphant College, St Georges and Delta Secondary School bringing the total number of represented institutes to 5. UNAM emerged the champions in 2017 and will represent the nation in July, in the Internationals.